Today, country music superstar Maren Morris debuted her music video for “The Bones,” which appeared on her groundbreaking sophomore album GIRL.  The video features Morris’s twangy vocals (also prominent in Zedd’s hit single “The Middle”), as well as a variety of sepia-tone vintage Super 8 film strips depicting different aspects of nature, as well as romantic getaway scenes in Hawaii including Morris and her husband, fellow country star Ryan Hurd.  The dreamy feel of the music video, accompanied by the romantically hopeful song, gives off a sense of peaceful wonder. The song itself is simply delightful, with a strong beat, melancholy yet soft guitar strums, and the Grammy Award Winning artist’s wide vocal range and seemingly effortless talent. 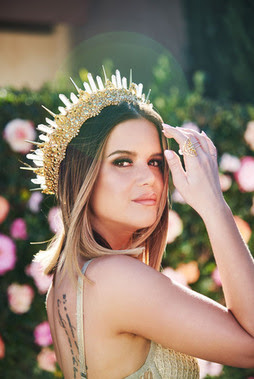 “The Bones” is just one of the gems on GIRL, Morris’s critically acclaimed album.  GIRL debuted at #4 on the Billboard 200 and at #1 on the Billboard Top Country Album chart.  Additionally, the title track, “GIRL,” recently hit #1 on country radio, making it the first female solo song to hit the top of the country charts since February 2018.  What’s more, the song also gained the most weekly streams by a female country artist ever. Overall, her work has set her apart as an innovative songwriter in a genre typically known for repetitive, uninventive refrains about beer and patriotism that can alienate certain sects of the population; rather, Morris’s vintage aesthetic, experimental instrumentals, and longing lyricism welcome those typically aversive to country music.  Furthermore, her accomplishments stand out as she breaks records as a woman in a historically male-dominated genre, making her more impressive than she is given credit for. Be sure to watch “The Bones” on YouTube and stream GIRL with your favorite music streaming platform.

Treat your pup on National Dog Day thanks to brklz.

A sneak peak into who the real Savannah May is

L.A.’s Ultimate Food and Wine Festival is finally coming: Get your tickets now !!