Check out the latest from producer Ryan Murphy, who gave us Glee, American Horror Story, and Pose - thenew original comedy series, The Politician.

Payton Hobart, played by Tony Award winner Ben Platt (Dear Evan Hansen), is a wealthy student from Santa Barbara, California, who's known since age seven that he's going to be the President of the United States.

But before he can get to the White House, he'll have to navigate the most treacherous political landscape of all: Saint Sebastian High School.

The longterm plan is: get elected Student Body President, get into Harvard, and no matter what - keep his eye on that Oval Office prize.

But first, Payton will have to outmaneuver his cold-blooded, cunning classmates without sacrificing his own morality and carefully crafted image.

Even his mother, played by Oscar-winner Gywneth Paltrow, admits to Payton, "Your ambition frightens me."


The sly, satirical dark comedy offers a rare glimpse into just what it takes to make a politician.

The trailer is a fast-paced affair and includes a same-sex kiss for Platt - so don't blink.

Bette Midler recently announced on Twitter that she and LGBTQ ally Judith Light have also joined the cast.

It's worth hitting the play button just to see Jessica Lange wonder why calling a gay man a 'butt-muncher' would be a scandal: "It's what gays do - munch butt and celebrate Halloween..."

The Politician premieres on Netflix September 27. 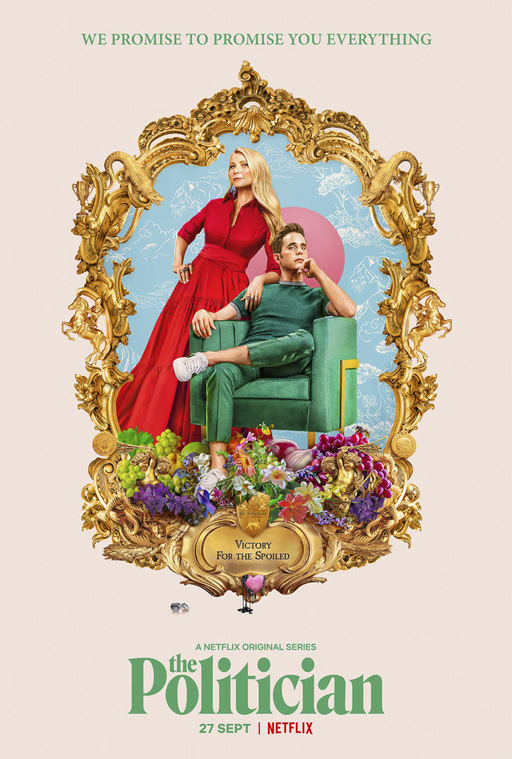